Alcohol is a big deal in this country, and throughout the world. Hundreds of billions of dollars in play, innumerable lives enlivened, enriched, and, alas, also destroyed by “demon rum.”

The making and selling of alcohol can be a thrilling enterprise, but it is also a war zone. Not only do the major brands battle tirelessly over market share among themselves, especially as they seek to attract and capture the Millennial Market (all you LDA’s—Legal Drinking Age—out there between the ages of 21 and 32), there is a cultural war. Some call it the Craft Revolution. Others see it as the War On Craft. I have spent the last 13 years of my life deep in the trenches of this revolutionary war, having just a few months ago retired from it, as Emeritus Executive Director of the American Craft Spirits Association. I began in San Francisco, but there have been many other stops along the way including a stint at Upland Brewing Company assisting in its transition to new ownership, and as Executive Director of the Brewers Guild of Indiana.

I want to share some of what I have learned over the years and what I foresee coming down the pipe. I’m starting here with a conceptual triptych: Beer, Bourbon and Beyond. Some of what will be posted here will be useful, some not useful at all, perhaps silly, but never scurrilous. Let's call it a jolly compendium of insights and opinions about what many believe to be the cradle of modern civilization: the making and enjoyment in its many forms and guises of the ultimate frenemy, alcohol. 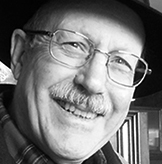